Vice President Jessica Alupo has, this morning, paid her respects to Her Majesty Queen Elizabeth II who passed on late last week.

Accompanied by her husband Peter Abaine, the Vice President was welcomed at the High Commission by Ms. Kate Airey, the British High Commissioner to Uganda.

Alupo signed the condolence book, expressing her personal grief and her sympathy to the Royal family,  the British people, and the  Common Wealth.

” You will be dearly missed by the people and Government of Uganda. The Commonwealth fraternity will certainly miss your steadfast leadership …,” read part of the Vice President’s message.

Queen Elizabeth II, now lying in State, will be laid to rest on September 19. 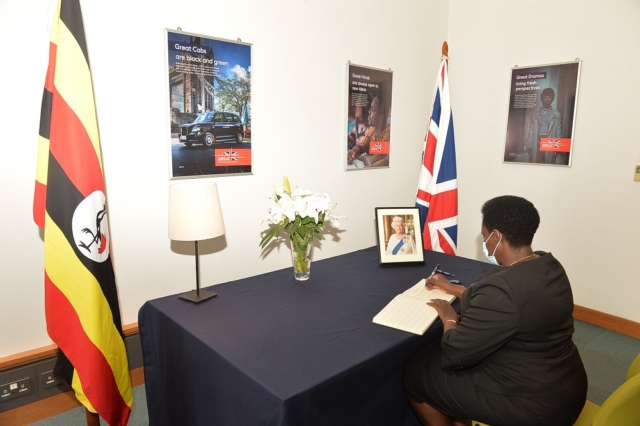 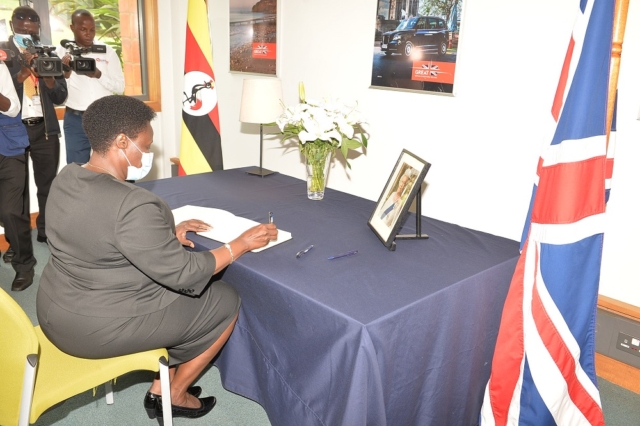 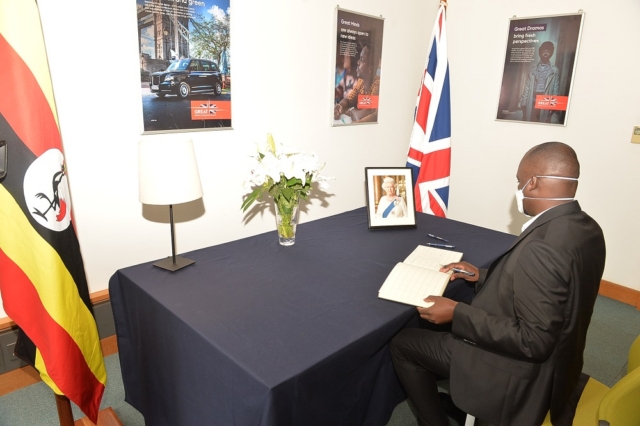 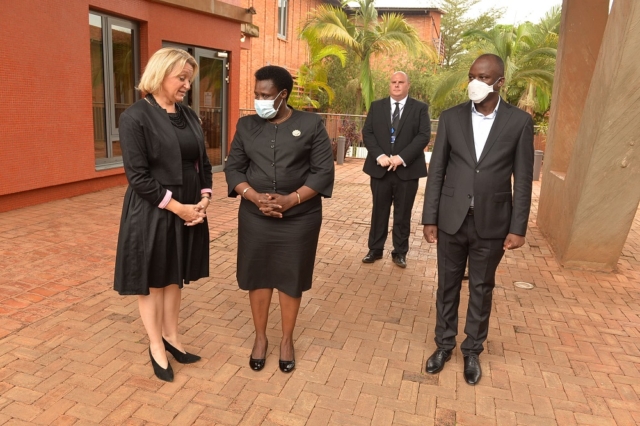 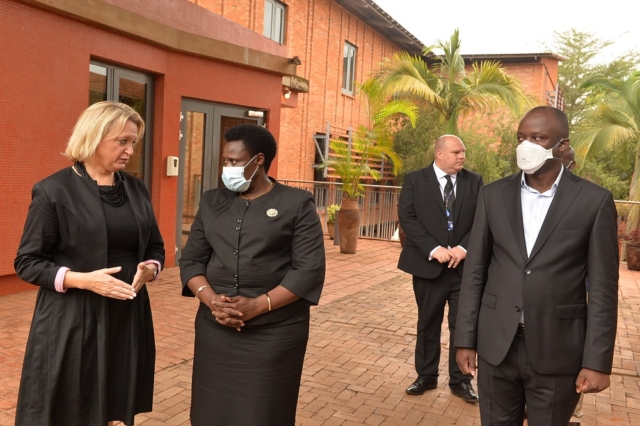 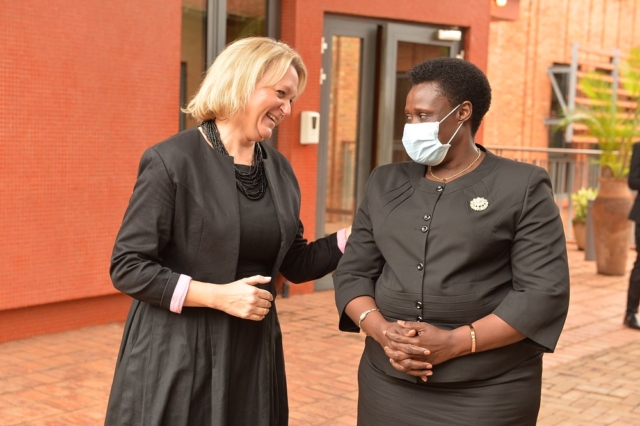 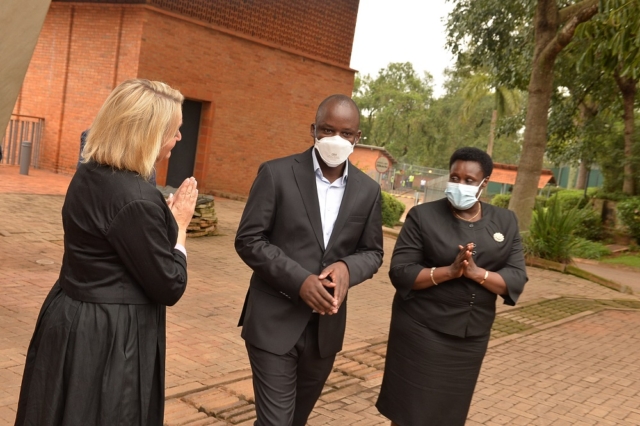