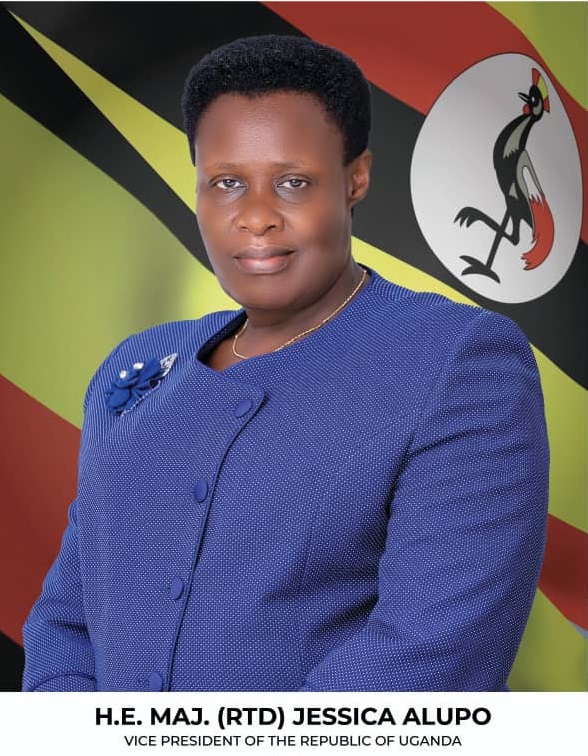 Maj. (Rtd) Jessica Alupo, is the ninth and current Vice President of Uganda since June 2021. She is a Ugandan politician, educator, and former military officer.

She previously served in the cabinet of Uganda as Minister of education between 2011 and 2016.

She is also an elected member of parliament as Katakwi District’s women’s representative.