Lira: Uganda Martyrs Cathedral Lira has marked its 54th founding anniversary and its diocesan day with a call by the Diocesan Prelate, 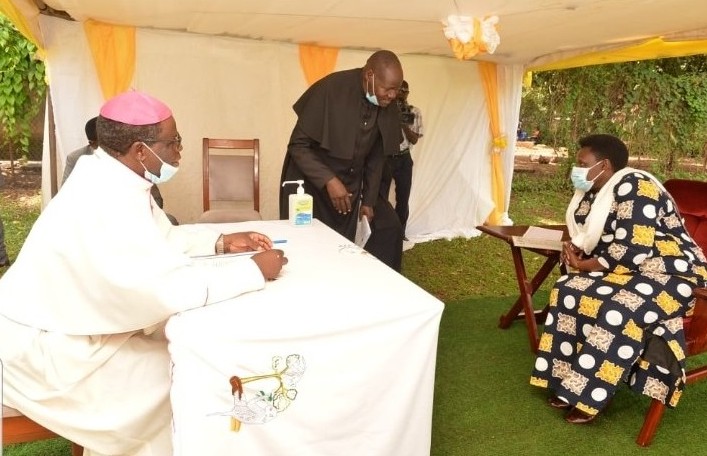 Sanctus Lino Wanok to examine their conscience and check whether they are overcoming the blind spots of sin and fear and other signs of deaths like corruption, robbery and incessant killings among the community.

The anniversary commemorations are concurrently being marked with a fundraising drive at the Ordination ground in Lira city where Her Excellency Vice President Jessica Alupo is chief guest.

Over 1.5 billion shillings is required for this exercise of which 20 percent has been realised by the Christians and well-wishers of Lira Diocese.

Speaking at the launching of the fundraising drive, Her Excellency Vice President Jessica Alupo thanked the area Members of Parliament for the unity under which they collectively undertake their responsibilities to serve the people.

She urged the congregation to nurture the spirit of forgiveness by the entire community in cases where someone has wronged another.

The Vice President said that supporting the church and development activities should be undertaken by everyone regardless of  faith.

Alupo thanked the church for the complementary activities they undertake for development in education, health, income generation and reaffirmed that government will continue to work with the religious institutions for continued development.

The VP reitariated her gratitude to the church leaders, who, she said; play a key role in building morals among the community which are essential for building the community.

“I stand here as a testimony who was groomed by the religious leaders and this has mentored me into the type of leader I am today,” Alupo said.

The Vice President delivered 20millions shillings contribution from President Yoweri Museveni and offered to monitor other pledges from the President to the diocese.

The Vice President also donated over UGX22m towards the general fundraising drive, supporting the heifer auction and the President’s portrait.

She also called upon the people to cultivate fast maturing crops to ensure food security and incomes for their homesteads.

Earlier, the Vice President  had helped in the auction of H.E the President which fetched  UGX 20m.

The Minister for Health who is also Lira City Woman Member of Parliament Jane Ruth Achieng said that she was touched by the spirited efforts of the Christians to contribute towards the building of the Bishop’s house despite the current financial challenges being faced by most of the people.

She encouraged them to continue giving saying there is no small contribution since every shillings impacts positively to the construction exercise.

Earlier in his sermon Bishop Wanok said it is necessary to overcome blind spots in life and emphasised that healing of humanity comes from the sacraments from baptism, confirmation and these liberate Christians from sin and fear. He added that celebrating the diocesan day is a sign of resolve emphasizing that the diocese is on the path of working for development.

“Christians should totally submit to Jesus Christ for total healing to distinguish humanity from animals. Jesus created humanity with love, mercy and humility which gives humanity a Godly image which other animals do not poses,” Bishop Sanctus Wanok said.

The Prelate said that the 54 years of the diocese have centred on proclaiming God, education, health and encouraging the community to engage in economic activities for self-sustenance.

Bishop Wanok underscored that Christians should close the widening gap between God and humanity by preaching love, mercy and humility which are strong pillars to the wholesome development of the person.

Over UGX 150m was realised in cash and pledges. 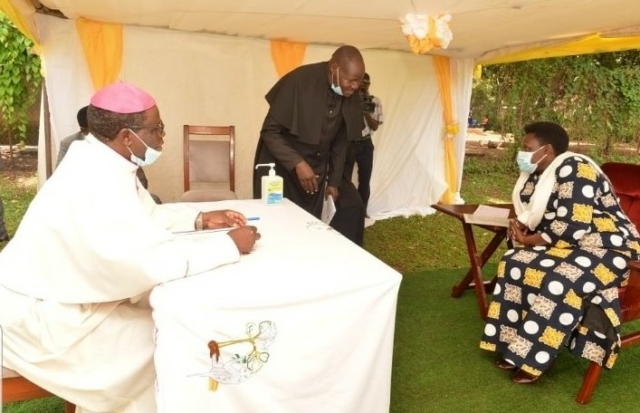 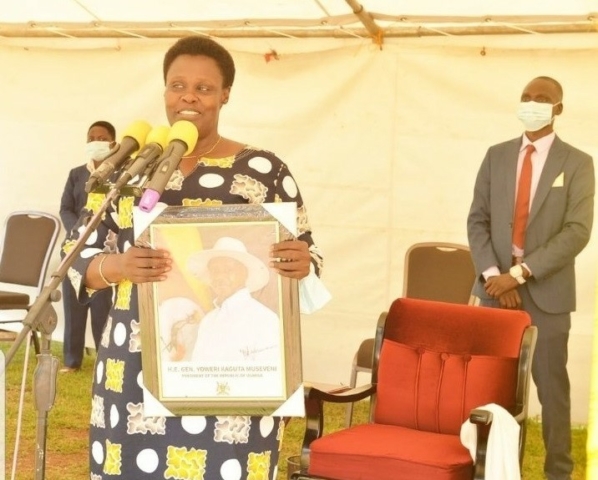