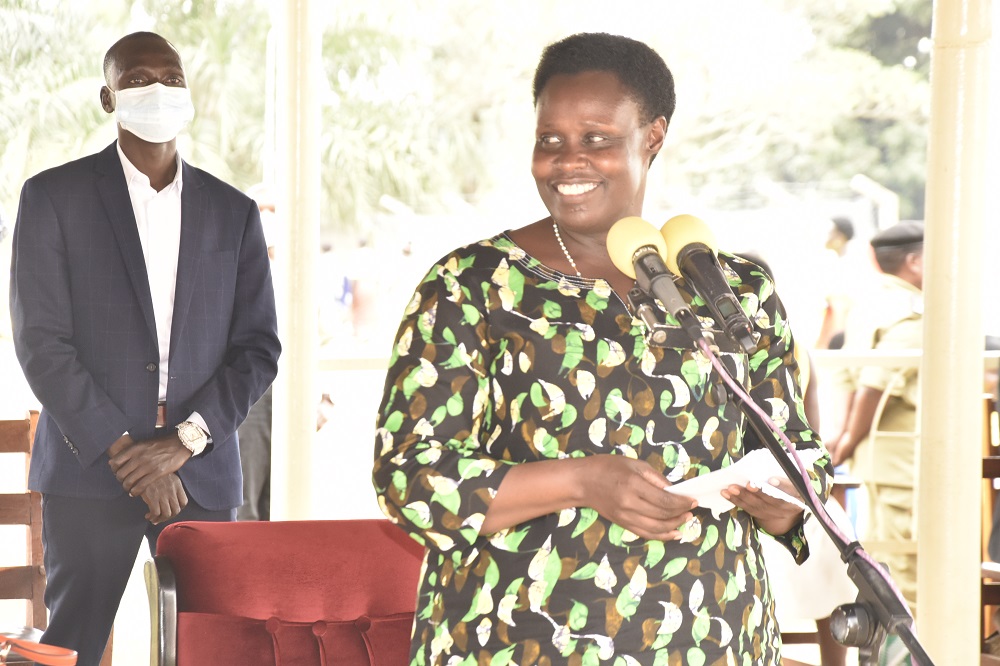 The conference that has gathered over 6000 women is running under the theme “Do Whatever He Tells You”, taken from John 2:5.

In her remarks, the Vice President called upon women to be ambassadors of peace, dialogue and hard work as society continues to change and evolve.

The Vice President who was expected as chief guest for the closing ceremony expressed her gratitude to the leaders for the ease with which they rescheduled to suit her availability.

“I was supposed to have come for the closing ceremony, but you allowed me here today, so with humility, I express my gratitude for allowing me instead, adress you today “, she said.

Alupo noted that the week-long conference that has been on hold since the disruption of the covid pandemic is very relevant and in tandem with programs of Government. “For the women to have the zeal to conduct this conference, to learn and become change agents is a testimony of their commitment to improving their lives and being participants in the development of society through hard work”.

Alupo who is also woman MP-Katakwi District said she relates to the women, as her sisters and daughters because, she added; “While it is true that women carry the heaviest york in homes, in church, in society, we can carry this york well while working collaboratively and harmoniously with men.” This, she said, includes solving all other problems and challenges alongside men.

The Vice President counselled the women to always listen to the scriptures and obey the word of God. “Women must be submissive, but men must be supportive. Always choose reconciliation and dialogue before sunset”, the VP said.

Alupo also alluded to the changing patriarchal society, saying it is becoming flexible to the extent that women are now admitted to faculties they previously denied women’s roles. However, she noted, “while we are given chance to be teachers, leaders, vice presidents, let’s use it meaningfully to change society for the better as shining examples of both boy and girl children”, she said. She counselled the congregation to focus on both genders because, Alupo said, “some cases of street children are caused by strong punishment of the boy child. Let’s be available for both”.

On Government work, the Vice President promised to continue the implementation of the NRM manifesto that is very clear on all programs including programs of peace and security, health, education, electricity, road infrastructure, irrigation, environmental protection and preservation among others.

As part of her continued fight to protect and conserve the environment, the Vice President promised to avail tree seedlings to the participants so that the women would be active participants in fighting climate change.

The Vice President urged the women to involve themselves in the Parish Development Model (PDM) by engaging in commercial farming of any of the seven (7) areas of diary farming, piggery, fruits, poultry, fish, food and coffee.
These she said, would receive more support from Government especially for markets.

Alupo reitariated the call to have all teenage mothers to return to school or skilling centres.

Alupo contributed
UGX10m to the conference and also delivered the pledge she made at a youth conference in Budadiri Sironko, a week earlie before before signing off in respect as a committed parishioner.

The State Minister for Defence-Hon Jacob Oboth Oboth said he was happy to receive the Vice President who is a woman of many firsts, saying her elevation as Vice President was a divine appointment. He said the theme of day was deep, signaling so many other things that women of faith can do.

The LC5-Tororo District thanked the Vice President for honoring their invite and expressed joy to host the women.
“We have a testimony that women groups have successfully utilized the different Government project funds.
Women utilise the funds effectively, more than men do”, much to the ululation of the participants. However, he decried the rising levels of domestic violence that have bred street children.

The woman MP Tororo District Sarah Opendi said God created women to help Men in His creation. “All we call for is respect for our mothers, our women knowing that whatever men can do, women can also do”. She called upon the women to be peace makers especially with the rising conflicts in the world. “Intervene in conflicts with peaceful solutions, be your brothers keepers.
The Japhadola Cultural leader-His Royal Higness the Kwar Adhola Moses Owori said cultural institutions represent nurtured humanity. “There is no where in the world where people are not nurtured as a way of life. Cultural leadership ensures that people behave humanely by respecting others. Among those who nurture society and values are our mothers”, therefore, he added, “we associate with all programs of development, of nurturing young girls so that they dont become young mothers”, he noted. 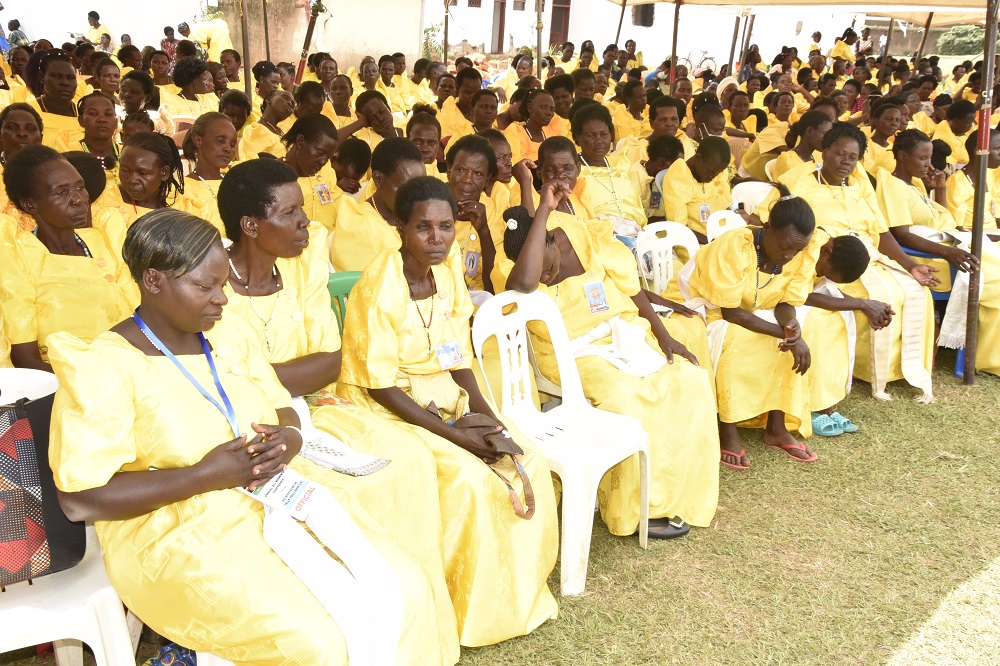 Earlier, the conference was preceded by mass presided over
by the most Rev. Emmanuel Obbo the Archbishop of Tororo Arch diocese.

In his sermon, the Arch Bishop called upon the women to protect the green environment and be ambassadors of true faith through true love and true joy. He urged the faithful to continue in faith,
guided by the theme of the conference “Do whatever He tells you”, taken from John 2:5.

The Bishop-leading mass in both English and other local languages prayed for peace in families so that they remain in peace and love.

He thanked the participants who gathered from all the parishes of Tororo Archdiocese saying their presence signfied their will to share their lives and opportunities with other mothers and women. “I know you are here because you believe in the development of catholic women. The lives of women are filled with struggles, women live by hope everyday, and
God knows that Women are the models as well as teachers of our families, they are the first high priests and teachers of society, and so today, we honor them”, said the Arch Bishop.

The conference, the Arch Bishop said, must answer questions on how to come out of poverty zones. “Mother Mary has always interceded for us, prayed with and for us, she wants to listen and do what she wants, and so let us follow her example and bring economic future to the families,” he prayed.

The Bishop also spoke out against early marriages. “Forget about the cows and goats which you think about as dowry, let them go to school”, he guided.

The conference that ends on Saturday will discuss different themes on economic empowerment, spiritual strengthening, climate change resilience and adoption, Skilling programs and preparing for enhanced protection in disaster areas among others.

Mama Mary Assumpta Gidudu, President of Uganda Catholic Women Apostolate said women are the mirror of family prosperity, pillars of church and should therefore be encouraged to become economically empowered.

Rachel Nanderenga Wadada, the Archdiocesan Chairperson of the women’s guild re-echoed the message “when sleeping women awakes, even mountains will move” adding that inspite of the differences, they have a share responsibility to build Christian and God fearing families.